Bradite Rapid is a high performance single-pack moisture cure polyurethane floor coating that is ideal for commercial and industrial environments. Available in a large amount of colours, including RAL shades, the tough and flexible film will provide water and chemical resistance.  Advantages Available in more than 350 colours in RAL &amp;...

Macropoxy 400 (formerly known as Sherwin-Williams Macropoxy C400V3) multi-functional epoxy zinc phosphate coating is suitable for the protection of steelwork in a range of exposure environments from C1 to C5. It was recently used on The Shard for corrosion protection. Recommended Uses Buildings Car parks Petrochemical plants Breweries...

Sherwin-Williams Cleanser/Thinner No.5 is a specially formulated blend of solvents designed to mix with its compatible Sherwin-Williams products to create an optimal consistency for application whether it be for Brush, Roller or Spray. It can also be used for cleaning of surfaces and application equipment. 1 x 5l available - now 50% off

High performance cleaners for general cleaning and preparation of surfaces before painting. A range of cleaners for many different surfaces to remove dirt, grime, fungi, moss and more. Every surface needs cleaning properly before painting, choosing the right cleaner for the job can save a lot of time, money and hard work. Not only can they make the job easier for the user but they can ensure the adhesion of the paint is performing to it's best which will help to reduce any flaking, peeling or delamination that could have occurred. 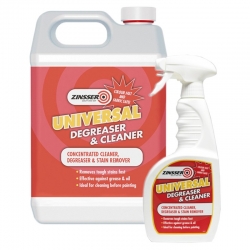 Zinsser Universal Degreaser &amp; Cleaner is a water based detergent that is colour fast, fabric safe and removes tough stains quickly and effectively from many surfaces. A concentrated cleaner, degreaser and stain remover effective against grease and oil and is ideal for cleaning before painting. 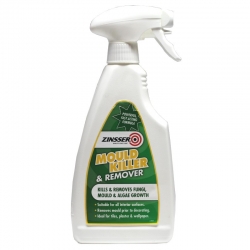 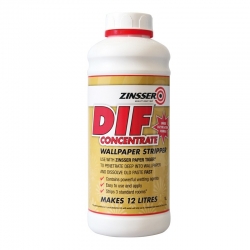 Zinsser DIF Concentrate Wallpaper Stripper is an economical wallpaper stripper with effective wetting agents &amp; enzymes that penetrate wallpaper and quickly break down old paste. 1 litre of Zinsser DIF Concentrate Wallpaper Stripper is diluted with 12 litres of warm water which will strip up to 3 standard rooms of 3.5m x 3.5m. 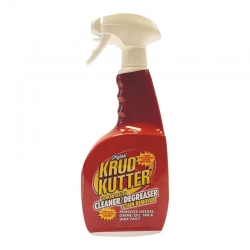 Krud Kutter Original Cleaner/Degreaser is a concentrated cleaner, degreaser and stain remover that quickly and easily removes tough stains from many different surfaces. Water-based, it contains no petroleum solvents, bleach or ammonia. It cleans what ordinary cleaners simply can't and is particularly good as a tile and grout cleaner. 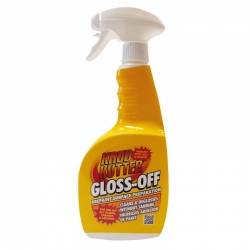 Krud Kutter Gloss-Off is a no rinse formula that's specially deisgned to prepare high gloss and other hard-to-stick-to surfaces for repainting or refinishing. Specially formulated to help new paint and varnish bond to old finishes, or as a wall preparation prior to wallpapering. Krud Kutter Gloss-Off cleans and deglosses without sanding increasing...

Prior to using anti-condensation or anti-mould paints, some surfaces will require a strong and heavy duty mould remover product to clear damp and condensation formed fungal growth. Mould and fungi is much more noticeable on lightly coloured walls, which are typical in bathrooms, washrooms, shower facilities, laundry rooms and kitchens. Even widely spread mould can be removed easily with the right product. Light bleaches and washing liquids are not designed for stagnant, smelly and unhygienic mould as much as products such as Rust-Oleum Mathys' AMW Fungicidal Wash, Sika Mould Buster, Thermilate PRO Fungicidal Wash or Zinsser Mould Killer and Remover.

Mould and fungi growth is typically associated with walls, but can commonly affect floors, most noticeably in basements and cellars - such as wine cellars in restaurants. Using the correct product can also prevent further mould and algae growth in hidden or partly covered areas.

A number of the anti-fungal washes available at Rawlins Paints can be used on internal and external areas - such as around guttering, roofing and cladding. These anti-fungal washes and mould remover products are available as liquids to add to water, or direct to surfaces, and via spray application - as seen with Zinsser and Krud Kutter's ranges.